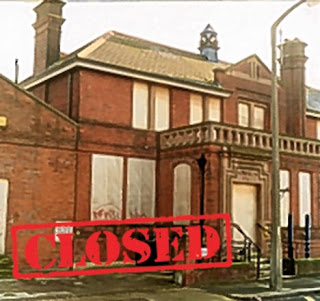 Like many areas of traditional policing (as we once knew it in the UK), this station has now closed down.

The last encumbent, one of the many 'Edmund Davies' babies, has now completed his thirty years, has no interest in continuing until the age of 55yrs and has shuffled off into blissfull retirement...
Do I miss it? Only a little bit but what saddens me the most is; the police service that once had worldwide respect is now declining towards the point of no return and, the people who suffer the most are the communities we once proudly served.
Thanks for nothing Mr Politician!!!

The stress and strain of modern policing may be getting too much however, retirement is on the horizon and I'm spending the last few weeks taking it easy and doing what I want instead of what the job wants!
I may well continue with the views of a bitter and twisted retired old sweat but for now... I've gone fishing!!!

Do we have Safer Neighbourhoods?

Well that's it... Christmas & New Year over with for another 12 months and back to some sort of normality... Maybe, but should we carry on accepting what we now call normality? Is it normal to have kids killing each other with knives and guns? Is it normal for our town centre streets to be controlled by groups of foul mouthed drunken idiots? It's certainly not a level of normality I am proud of... Are you?
Consistently our government, our local authorities and our police force leaders tell us that; the adoption and implementation of a Safer Neighbourhood Strategy will make all the difference but what is Neighbourhood Policing?
According to Reform, an independent, non-party think tank; all neighbourhood policing models have two common features - they involve a return to beat policing which focuses on preventing crime rather than reacting to it, and they involve increases in on-the-street manpower, through recruitment and effective redeployment. The models most often cited are those systems which operate in Chicago, New York and San Diego USA. So why should the American system work here? But where are the similarities between their system of policing and ours?
Much of our government's plan for reforming the police is broadly based on the Chicago strategy started in 1993 where elements combine basic policing with problem-solving that includes tackling antisocial behaviour. However much of the Safer Neighbourhood Strategy thinking (as actually applied in the UK) is little more than media hype. And in many ways is doing the exact opposite to what was initially intended.
In the gun toting USA they have always policed by force not by consent (as in the UK) and here's the rub... The USA never had any form of community policing like ours, the one that was already in place. But as our society got more like the American one, a society which promotes the rights and desires of the individual as opposed to the community, we ran headlong into the cesspit of self is everything and sod anyone else!
There is no doubt in my mind that policing the 21st century has different demands than those placed upon the policing of Sir Robert Peel however, I am also convinced his methodology and principles still apply. This is born out in the strategy and thought process behind much of the 'modern' thinking however, a 'one size fits all' application is nonsensical! Yes, many of our more urban and metropolitan areas may have become similar to areas in the USA but much of our Country is still as it was many years ago. The predominent attitudes of much of our society may have changed but the communities in which that society lives has not.
The current race to embed Safer Neighbourhood policing in every area of the UK is actually doing the opposite to what was originally intended. Many forces were already stretched to capacity dealing with the day to day demand of the modern police service, without hiving off upwards of 45% of resources to build Safer Neighbourhood units. Before any of this methodology can be succesfully applied there is actually a need to change, modernise and update many other aspects of police work and processes. Modernising and reform doesn't just happen by applying a fancy title and selling it to the media!

Well that's it more or less... The first part of the annual seasonal mayhem is done and dusted and now we only have the bringing in of the new year left before it's back to normal. To those who have worked all over Christmas commiserations and to those who managed time with family and friends, I hope you had a peaceful and enjoyable time. No doubt the January credit card bills will evidence the type of celebration you enjoyed?
I am one of those bah humbug types who can't wait for January to be well and truly in place and the thoughts of the Christmas celebrations a distant memory! Some would say this miserably mentality is due to me being a grumpy old git however, after years of working at this time of year, before and during my police career, I suppose I have seen what people can be really like, warts and all! So many years of clearing up other peoples mess is bound to take it's toll.
The whole concept of Christmas has been lost and, it doesn't matter whether you are a religious type person or not. Certainly the celebration of the birth of Christ couldn't be further from the minds of many, even those who purport to be followers of a religion that believes in the story. No, Christmas appears to have sunk to the depths of depravity. Peace on earth and goodwill to all men appears (at least in the UK) to have been lost in a cloud of commercialism and alcohol fueled indulgence and violence.
Despite months of scare mongering about inflation and financial hardship the retail industry were predicting their bigest ever Boxing Day Sales. It appears from recent news reports that their expectations may have been well founded?
We now have "drunks-only" ambulances dubbed Booze Buses in many city areas to deal with widespread drunkenness and, a Newsnight alcohol special recently covered many of the issues associated with the Booze Britain culture. But why is it that by far the largest group of problem boozers on the lash in our town centres is often young women? Well, according to medical research, testosterone - the hormone connected to male characteristics such as aggression and sex drive - rises in women by up to 50% when they get drunk. In men, it falls!
So we've been told we couldn't afford Christmas but we still got pissed. We were told our money will buy less but we went mental at the sales and, our houses are dropping in value for the 2nd month running so what's next? Apparently 2008 will bring bleak prospects for the UK job market? Perhaps it's time to give up work and join the welfare state spongers where we can all be better off? Apparently going out to work does not pay!
So did I enjoy Christmas? Am I looking forward to the next one?
In the great words of Shane MacGowan... Happy Christmas your arse. I pray God it's our last!

Police Officers are furious that CSOs are to get the full pay rise, including back pay that has been denied to fully sworn officers and rightly so!
But police officers are not the only ones who question the actual worth of the CSO. James O'Brien of Friction TV suggests we should actually Get Rid of Community Support Officers! There are many who would agree however, I believe that perhaps they do actually have a role in modern policing but let's be open and honest about what that function actually is! The government is doing nothing short of lying to the public in an attempt to disguise their hidden agenda. An agenda which promotes law and order on one hand, crows about how well they are addressing the issues, boasts about how many 'extra' officers are now available then proceeds to try and provide policing services on the cheap.
I, like many of my colleagues could bang on about this subject indefinitely, (actually many of us do) however, the whole crux of the issue is all about trust, about openness and honesty and a belief in our politicians and what they say. It would b e stupid to ever believe that we will all have the same political beliefs but it would be nice to actually trust what the politicians are saying... Unfortunately this has to be a pipe dream!
When there is some clarity about the actual role and responsibility of the CSO, a complete standardisation of uniform, training and powers right across the country and a total step back from trying to pull the wool over the public eyes, then I might change my belief in their actual worth. Until then I find it increasingly hard to actually see the 'value' they currently bring to the policing process.
What we actually have here is a disguised attempt by our government to produce a two tier policing service. One that has a visible (almost powerless) presence on the streets and another, smaller unit that are armed to the teeth with all manner of powers and equipment. A force that is called upon to quell and squash the public when they fail to comply with government instructions. Is this what we want as a nation? Is this not approaching a police state methodology? Have we not lost sight of the 'Policing by Consent' ideal? The public must decide...
With the current methodology applied by this government, their need for the police is actually increasing. It would be woefully unwise therefore to alienate them if the government wishes to continue along their current tack!

The Chief Constable of North Wales police broke into his own HQ building this week (link). Richard Brunstrom said it was to 'test the security during building work'? I would have thought that due to the mirriad of gaffs, phopars and embarrasing situations attributed to him since appointment, is it not more likely he had to break in because his colleagues had locked him out!!!
He might have gained access and escaped a conviction for burglary however, it would appear the local council is non too happy about his breach of Health & Safety guidelines as he scaled the scaffolding on the building. No doubt Mr Brunstrom was looking for new ways to highten his profile and take senior police management to new levels??? 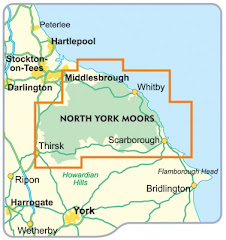